For the 2021 edition of Cayman Parent we invited four remarkable women – each of whom is pursuing her own professional path whilst raising happy children – to share insights into their lives, struggles and achievements.

These women are smart, ambitious and successful, but each has a different story. Between them, they illustrate the many shapes that modern motherhood and professional success in Cayman can take.

Sara Collins, a successful novelist with a big, blended family proves that it’s never too late to change direction and follow your passion. Emma Kendall is raising three girls and running the school of her dreams; Pilar Bush, mother to two boys, is a business leader who is dedicated to inspiring change both at work and in the community; and Nadine Dumas, a mother and energetic entrepreneur who spends her days helping others live healthier, happier lives.

These four inspiring women took time out of their busy days to meet us at the Kimpton Seafire Hotel + Spa for coffee and conversation. The discussion was lively, frank and open as they swapped parenting stories, talked about the highs and lows of being a working mum and the methods and means they have developed to help them navigate this phase of their lives. Each shared the principles and rules they live by, finding much common ground between them. We’ve distilled these into the Seven Truths of Modern Motherhood (see page 16) which we hope will serve as both inspiration and guidance to other parents in the Cayman Islands. 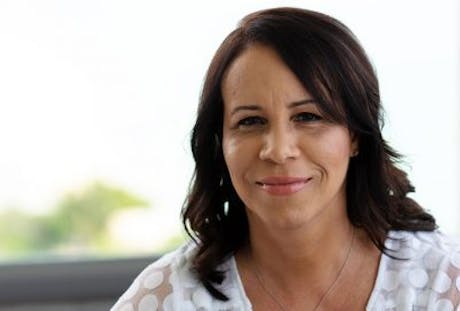 Born in Cayman and raised in Brazil until she was almost 10, Pilar Bush is a former Director of Tourism, founder of AtWater Consulting, previous Executive Vice President responsible for Marketing, Communications and Community Development at Dart and as of January 31st 2022 the Premier of the Cayman Island's Chief of Strategy. Pilar is a mother to Nathan, 15 and Niko, 7, and sits on the boards of several local charities. Learn more about the remarkable Pilar Bush. 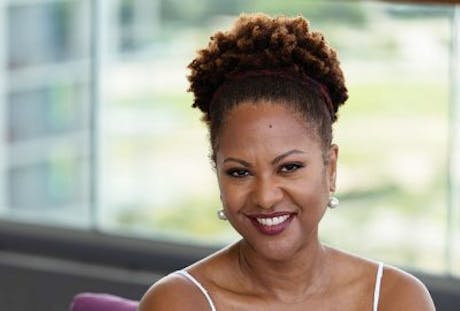 Born in Jamaica, Sara and her parents moved to Cayman (home of her paternal grandmother) aged four. She is married to Iain McMurdo and between them they have a blended family of five children: Ashani, 26, Christiana, 22, Marianne, 22, Nyah, 19, and Lewis, 18. Sara’s first novel, The Confessions of Frannie Langton, won the Costa First Novel Award in 2019. She now divides her time between Cayman and England. Learn more about the talented Sara Collins. 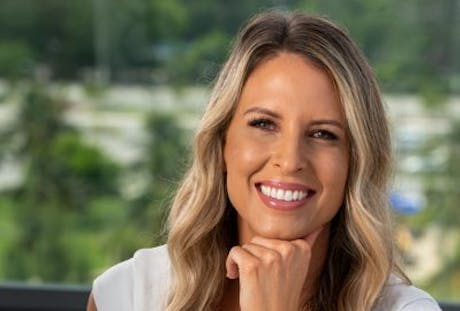 Nadine moved from Alberta, Canada, to Cayman 15 years ago as a professional accountant. Shortly after, she turned her passion for health and wellness into a self-made career. Alongside raising her son, Zaiden, 8, Nadine has become one of the leading business women and influencers in the international fitness market, where her work includes coaching women to better both their mind and body, public speaking engagements and authoring four books. She also owns a fitness app, runs an international wellness retreat and is currently working in new product development within the wellness field. Learn more about the driven and determined Nadine Dumas. 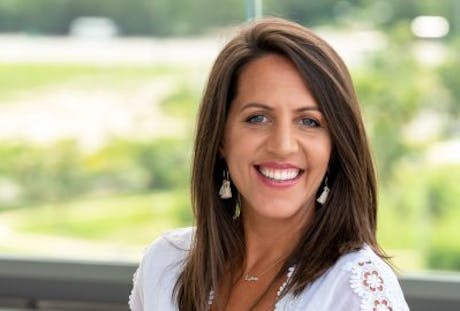 Originally from England, Emma moved to Cayman in 2013, falling pregnant with her first daughter shortly after. She and her husband, Peter have three girls, Florence, 7, Jemima, 5, and Ivy, 4. Having taught for 10 years prior to moving to Cayman, Emma started a small, independent tutoring company with her partner Bryony, which has since evolved into a fully-fledged primary school, Footsteps School. Learn more about the ambitious Emma Kendall.

If there is one thing that is certain, it is that these four women experience the same doubts, challenges and rewards as any other mother.

Raising children is uncharted territory for every parent and these four women are no exception. They are all feeling their way through it day by day, learning that having both a career and a family requires certain sacrifices; that they won’t be able to be present at every football match or school play, but that it’s okay when that happens.

They are realising that it is not possible to do everything themselves – however much they may want to – and that in asking for help they are not being weak.
They are finding role models all around them – in their colleagues, their clients, their friends and even on social media – and carefully considering the values they want to nurture in their children.

They are accepting that priorities change and the balance is ever-shifting, and that what works today may not work tomorrow. In their own ways, they are each pursuing their passions and improving the lives of others – and that makes all their efforts worthwhile.

And it is in the fleeting moments, when they observe their children behaving with honesty, integrity and respect, that they find confirmation that they are getting it right.

1. There is no ‘right’ way to parent
Between the mummy blogs, parenting books, podcasts and the recommendations of other parents, the sheer volume of advice can be overwhelming. But you don’t have to take it all onboard. Everyone’s values, challenges and personalities are different and there is no one way to raise children. Identify the principles and values that matter most to you, and focus only on the advice that aligns with them.

2. A family can take many forms
The traditional nuclear family is no longer the only standard family structure. Modern families come in all shapes and sizes, from single parents and those that co-parent to civil partnerships and blended families. As long as there is love, support and guidance, the structure should not matter.

3. It’s okay to ask for help
In an age where working mothers are expected to act like they don’t have children, and parent like they don’t have a job, asking for help, and accepting it when it’s offered, is essential. It takes a village to raise a child, as the saying goes, even if your ‘village’ is not your relatives and neighbours, but rather a handpicked group – possibly mentors, nannies, colleagues, friends – that you know you can count on.

5. It’s not about having it all, but having your all
Nobody truly ‘has it all’. Balancing home life, parenting and work is not about apportioning your time equally to each area of your life but about working out what you want, where you’re prepared to make compromises and what you’re willing to sacrifice at any given point.

6. Making time for yourself is neither selfish nor self-indulgent
The term ‘me time’ has a slightly self-indulgent ring to it, but taking care of yourself is really a prerequisite for taking care of others. If you’re not happy, healthy and motivated, how can your children learn to be that way? Whether it’s making time to exercise, booking a spa treatment, taking a course to advance your career, or paying someone to help around the house, carving out a little time for your personal needs will benefit your family as much as yourself.

7. Some of the challenges women in Cayman face are systemic
The fact that women typically take on more of the parenting responsibilities, that they are not always paid as much as men, that the cost of childcare excludes some women pursuing their chosen careers, and that maternity leave is particularly short at only six weeks, are all issues deeply embedded in Cayman’s culture and the system.  These will not be resolved overnight – but there is perhaps comfort in knowing that every working mother in the Cayman Islands faces the same frustrations.

Giving Back: Family Volunteering in Cayman

What to Read Next

The Important Skill of Handwriting

How to Choose a Preschool in Cayman