The Ultimate Guide to Schools in the Cayman Islands

Your guide to the educational system in the Cayman Islands with guides on finding schools, learning support resources, higher education and more.

For being such a small island, Cayman has a wide variety of excellent public and private schools from preschool all the way to university level.

On this page you will find detailed information on schooling in the Cayman Islands, plus articles on how to pick a preschool and homeschooling.

Grand Cayman has nine Government primary schools and two Government high schools. Cayman Brac has one Government infant and primary school and one high school. There is one primary school in Little Cayman. There are currently 17 primary and high schools in Grand Cayman, although not all go up to the final years from 13-18, and almost all are completely over-subscribed. There is light at the end of the tunnel however as CleverFish, Footsteps and Island Primary should be expanding their facilities, and increasing number of places they can offer, by September 2023. It will not come before time!

Many parents do still send their children to boarding schools in the USA, Canada and England and this frees up places in the two private schools which do A Levels (St. Ignatius and Cayman Prep) for Government school students from Clifton Hunter High School, John Gray High School and Layman E. Scott Sr. High School, which is in Cayman Brac, to take up the places after their schools end at the age of 16. Those that do not go into a private school either in Cayman or abroad will go to the Cayman Islands Further Education Centre (CIFEC) for one year until they are 17 and compulsory schooling in Cayman ends.

How to Choose a Preschool in Cayman

Advice on what to consider when choosing a preschool in the Cayman Islands.

Get the lowdown on the educational system in the Cayman Islands.

Find out more about the rules and regulations around homeschooling in the Cayman Islands. 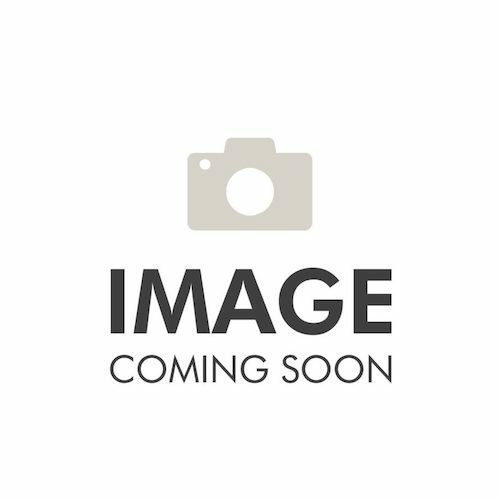 ABC Kids is a private Nursery and Preschool that accepts children from 6 weeks to 5 years.

Island Primary is a friendly, welcoming, community minded school for children aged 4-11 from Reception to Year 6.

A private primary and high school (on two separate campuses) in George Town, Grand Cayman which accepts boys and girls from ages 4 to 18.

A private co-educational boarding school and day school in Lake Wales, Florida, for those who learn differently.

Shining Stars is a kind and caring daycare and early education centre for children from 12 months to 5 years of age.

An elementary school which offers an American, Christian-based education with a US curriculum to children in Preschool (3 years of age) to Sixth Grade.

A private primary and high school which accepts children from 3 years to 18 years.

An inclusive and nurturing school that is dedicated to developing the 'whole child' from 12 months to 8 years of age.

A leading co-educational boarding and day school based in Blandford Forum, Dorset, England.

Cheltenham College is a co-educational Day and Boarding school at the heart of the Cotswolds.

Rugby School is a co-educational boarding school, a world-leading, modern educator, and birthplace of the world-famous game.

A small school for those with learning difficulties plus a tutoring centre offering literacy and numeracy for students.

Government primary school for the area east of the Frank Sound junction, and including all of East End to Colliers.

George Town Primary School is a government primary school taught by caring and dynamic staff in partnership with parents and the community.

A government primary school in the district of Prospect that also has a Kindergarten/Reception year.

Joanna Clarke Primary School is the second largest government primary school on Grand Cayman and one of three schools that run the IB programme.

A government primary school on Cayman Brac which also has a Kindergarten/Reception year.

International College of the Cayman Islands

The birthplace of higher education in Cayman. The college has awarded certificates, Associate's, Bachelor’s and Master's degrees.

Treasure Garden Preschool offers a nurturing environment for children from 18 months to 5 years.

Designed especially for those who would benefit from a smaller learning environment, they accept children from ages 5 to 18 years.

Montessori By The Sea (MBTS)

Nestled in a lush tropical landscape and across the road from the sea, Montessori By The Sea accepts children from 21 months to 12 years.

Situated in George Town, Grand Cayman, the TBLS is affiliated with the University of Liverpool (UK) and offers the LLB, the LLM and PPC.

Little Trotters is a nature based education, where the primary focus is placed on traditional values, kindness and responsibility while learning though play.

St. Ignatius Catholic School is a private co-educational school in the Cayman Islands for children from ages 3 to 18.

A Government primary school for those living in Beach Bay Road, continuing up to Breakers and including Northward.

Malvern College is one of England's great public schools, located on the gloriously beautiful slopes of the Malvern Hills.

A private school offering British boarding school and contemporary education for boys and girls aged 4-18, located in the rural area of North Essex.

A co-educational boarding school located between the Yorkshire Dales and the Lake District; accommodates students ages 3-18.

A Seventh-day Adventist Christian institution that delivers holistic education for children from 2 years 9 months to 18 years.

A private nursery and preschool centre located at 295 Shamrock Road, next to Red Bay Primary.

An English prep school for girls and boys in Worcestershire from 3 to 13 years of age.

A government primary school on Cayman Brac which also has a Kindergarten/Reception year.

CIFEC offers BTEC vocational courses at Levels 1-3 offering an effective bridge to university or the world of work.

Follows the American curriculum and accepts students from age 3 years 9 months to 18 years.

Providing a quality Christian education in Cayman since 1941. Accepts children from ages 3 to 18 years.

Tiny Tots is a private nursery and preschool that accepts children from ages 6 weeks to 5 years.

Government primary school in West Bay that also has a Kindergarten/Reception year.

A country boarding school in West Sussex, England. For boys and girls aged 4 to 13 years.

A private preschool centre situated in the Sigma Building at 93 Hospital Road. They accommodate children from 6 weeks to 5 years old.

A US-affiliated veterinary school based in the Cayman Islands.

A US-affiliated medical school based in the Cayman Islands.